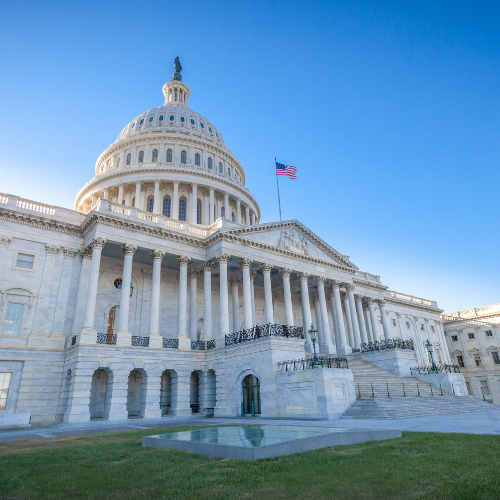 Earlier today, the Regional Airline Association joined with 24 major aviation stakeholders on an industry letter outlining a series of wide-ranging and comprehensive legislative proposals to reduce carbon emissions in the aviation sector. The requests accompany RAA’s comprehensive infrastructure recommendation package, which has been provided to lawmakers on Capitol Hill ahead of this morning’s House Aviation Subcommittee hearing on ATC Modernization.

RAA President and CEO Faye Malarkey Black noted, “RAA thanks the House Aviation Subcommittee for today’s hearing, which explored the path toward realizing the benefits of a NextGen airspace and ATC modernization. The NextGen Advisory Committee (NAC) and the Federal Aviation Administration (FAA) have done an outstanding job gaining consensus on the installation of avionics and equipment so that the benefits of NextGen can be fully realized. Supporting aircraft equipage alone presents one of the most meaningful investments government and industry stakeholders can make today to materially reduce emissions in aviation, while increasing efficiency and convenience for passengers, allowing them to reach their destinations faster.”

During today’s hearing, Russell “Chip” Childs, who is President & CEO of Skywest, Chairman of the NAC, and Vice Chair of the Regional Airline Association, explained that mixed equipage remains one of the most serious challenges to realizing the environmental and efficiency benefits of the NextGen Airspace. NextGen will allow the FAA to manage the airspace more efficiently, ensuring less fuel consumption and shorter flights.

Today numerous aircraft operated by regional and major airlines are not equipped. This figure includes over 900 regional aircraft, many of which will require substantial updates to modernize. In fact, many aircraft in need of the most substantial updates are smaller aircraft that provide the only means of serving the nation’s smallest communities, which have too few passengers to support larger aircraft. Many of these aircraft are also over twenty years old and there is currently no practical replacement in the manufacturing pipeline for them. As the Department of Transportation decides to move forward with NextGen implementation, the expense of equipping these aircraft puts them at risk of being retired prematurely by the major airlines, who own or control most of these fleets. The Equipage Fund will ensure these aircraft can continue to operate in the busiest and most congested airspace, reducing their overall carbon footprint while preserving the role they play in keeping smaller communities connected to the national air system.

RAA supported the coalition ask alongside its broader infrastructure proposals, which include Sustainable Aviation Fuel (SAF) development, production and distribution, low and no emission technologies deployment, aviation environmental research and development; air traffic management modernization—including an aircraft equipage fund, incentivization for the purchase of electric aircraft to serve smaller communities, and support for the Essential Air Service Program (EAS) to protect the economic health of rural areas hit hard by the COVID pandemic.