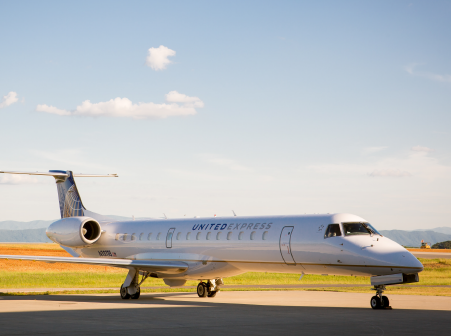 The latest research on the economic impact of air service on small communities finds that having access to the national air transport network is highly valuable.

“The main finding is that small community air service generates a significant amount of economic activity in the U.S.,” Bill Swelbar, chief industry strategist for Delta Airport Consultants and the lead researcher for the Economic Impact of Small Community Airports study, told RAA’s Regional Horizons. “The numbers are pretty compelling. [Air service] is a really important driver of economic activity and jobs.”

There are 570 small community airports in the U.S., and air service to these airports generates $134 billion of economic activity in the respective communities, according to the study. In addition, the 570 small community airports create 1 million jobs that generate $36 billion in wages and commensurate tax revenue to the states and communities that receive commercial air service.

But the $134 billion figure “understates the impact that air service has on the economies of small communities” because it “does not include impacts associated with economic development,” according to the study. “If included, the impact would likely more than double.”

For the 570 communities, flights to hub airports and—consequently—one-stop service to cities around the world is critical. This connectivity enables businesses to be based either entirely or partly in these communities.

And it enables travelers to more frequently visit friends and family and have access to premium services—such as health care—that may not be available in their community—key quality of life factors.

“These are 570 markets that depend on the regional airline industry for their access to the transportation grid,” Swelbar explained.

According to a U.S. General Accountability Office (GAO) report on small community air service development released on March 26: “Communities of all sizes seek access to air service as a driver for attracting investment, generating employment, and providing mobility for citizens. According to the Federal Aviation Administration, aviation is important to economic performance because it supports economic output, attracts business and tourism, supports local economic development, and helps retain jobs that might otherwise be relocated elsewhere.

“Small communities in particular can obtain economic benefits from connection to the global air transportation network. For instance, direct service to a mainline airline’s hub can provide one-stop access to hundreds of additional destinations around the globe.”

But despite the value to the communities, air service to many of them is threatened because mainline airlines intensely focused on profitability may conclude service to a given smaller market is not worth it—particularly if there are not enough pilots to fly the routes. “We have to put pilot supply at the top of the list” threatening small community air service, Swelbar said. “There are 150-200 communities in danger of losing frequency or all service. I think the threat is very real.”