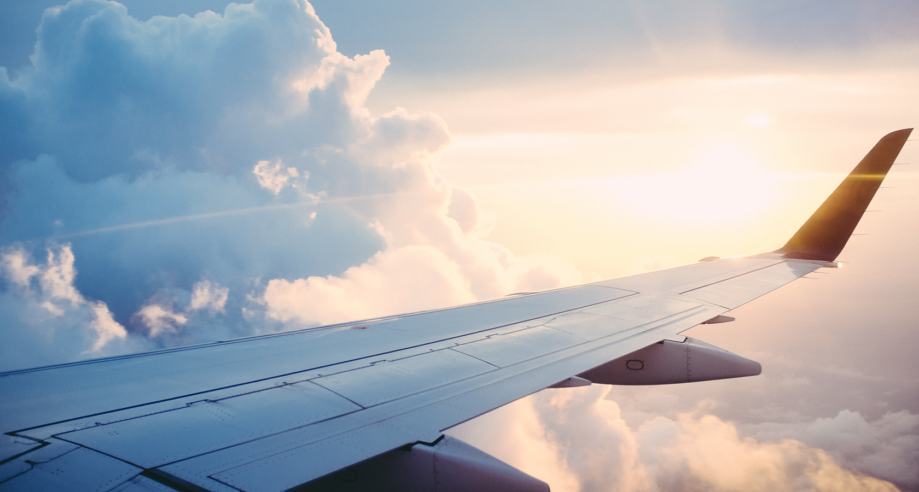 Yesterday, tens of thousands of airline workers were furloughed. Over the weekend and coming weeks, thousands more face the same reality as prospects dim on a global deal to help Americans through the ongoing pandemic. The window to reverse course is closing, but it has not been sealed shut. Senate Commerce Committee Chairman Roger Wicker and House Transportation and Infrastructure Committee Chair Peter DeFazio have each worked to advance legislation both as part of a global deal and separately and we remain tremendously grateful for their leadership. For the rest of Congress, the time to return to the table – with renewed seriousness and determination – is now.

It is often said in our industry: “an airline is made up of people’s lives.” This comment has stayed with me through these difficult months, during which our team has spent nearly every moment fighting to protect the jobs of our workers and to preserve the connections they make for smaller communities. Yesterday and today, social media has reverberated with evidence for this simple, factual statement as we watch flight attendants make their tearful last addresses and demonstrate how fiercely they love their airline families and customers. Millions of Americans, including tens of thousands of airline workers, are worried sick today. Those who have not lost their jobs already know they may in the future as this pandemic rages on. Yet, policymakers are finding it hard to establish whether and when they should allow the airline industry no choice but to rightsize its workforce to an emerging demand reality that is both unsettling and far from settled.

Among many questions, some facts are certain. We know that major airlines must undertake major contraction in their networks to survive this demand shock. Today, airlines are losing staggering amounts of money and have more workers than they have work. Sadly, this early wave of contraction may be followed by another, as air service requirements in the CARES Act have expired just as airlines face a business travel season without business travelers. We also know that every time the airline industry has contracted, small communities have taken the hardest hit. With fewer passengers traveling and therefore lower margins to support viable air service, even small fluctuations in demand carry an outsized impact on smaller markets and today’s pandemic has brought losses the likes of which our industry has never seen. While the present economic crisis is magnitudes greater than the last economic downturn, it remains a cautionary tale. A DOT Small Community Air Service Working Group reported in 2018 that the last downturn and recovery carried vastly disproportionate effects for smaller airports, where departures diminished at a rate that was five times worse than at larger airports.

We are all diminished when vast sections of our nation lose connectivity. Still, some conservative lawmakers—including some from rural states served primarily by regional airlines—have blocked a Senate airline worker bill from advancing under the banner of compensating the taxpayer. This is stunning. Regional airline service to the smallest airports alone drove a conservatively estimated $134 billion in U.S. economic activity last year. Also surprising is the lack of urgency shown by lawmakers advocating for an injection of revenue into struggling state and local economies. With one million jobs and $36 billion in wages and tax revenues for state and local communities at stake, small community air service is crucial to small communities in rebuilding their economies. The Democrats have requested $436 billion for state and local governments to rebuild. This is not that amount, but it is something, it is important, it is only one tiny fraction of aviation’s overall economic footprint, and it is at risk.

Some lawmakers have suggested that industry should simply let the cards fall where they may. They suggest airlines simply rehire furloughed workers when demand finally returns. These policymakers appear to appreciate the process of recalling furloughed workers about as much as airline workers appreciate processes like “Unanimous Consent.” Both are complex, but lawmakers influencing airline processes have an obligation to understand them. When airline workers are recalled, they must be retrained. Pilots, for example, must regain their currency in a flight simulator before they can be requalified. Simulator time is a finite resource that is already strained. In a post-pandemic hiring period, demand would vastly overwhelm the availability of simulators, and the resulting return-to-work bottlenecks would delay any restart, practically assuring smaller communities will stay dark for months or years longer than their demand level warrants. This also assumes all workers return to the industry. They often don’t. In this excellent piece, worth reading in its entirety, aviation observer Ethan Klapper writes: “Life doesn’t pause even if careers do, and extended unemployment might require an alternate career choice. Many pilots have flight training and student loan debt to pay off and will need a new job in order to do that.” Until very recently, smaller communities were already feeling the effects of a pilot shortage. Before the pandemic, half of the nation’s pilots faced mandatory government retirement within 15 years. Over 45,000 aviation workers, including many pilots, have taken early exits from the industry. The return of the pilot shortage in five years or less is a near certainty, as ever more future aviators are turned away from the industry in view of furloughs taking place today. This presents more bad news for smaller communities.

Until this week, the CARES Act has averted much of the economic harm associated with mass airline worker furloughs and allowed airlines to retain a ready status to maintain air service today and snap back to strength quickly as the country recovers. We believe the strong bipartisan support for extending air carrier worker support, voiced through various mediums including social media and Congressional correspondence, can still turn the tide to reverse the cascading effect that tens of thousands of airline jobs and associated air service loss at dozens of smaller communities will have on our nation’s economy. But we do not have weeks – this assistance must come within days. Airline executives are in the process of executing on some of the most awful decisions presented to the stewards of a company – letting go of tens of thousands of workers in order to preserve sustainability and protect an even larger group of workers in the long term. Companies who have managed to avert most or all furloughs have taken deep cuts to the operation and employees at all organizational levels have taken voluntary pay cuts and made sacrifices to keep more coworkers on the job. We need to see the same dedication, courage and sense of purpose from our lawmakers.

Regional airlines will survive and even thrive again, when the pandemic passes. The same entrepreneurial spirit that guided this industry through decades of change remains present and accounted for today. Meanwhile, lawmakers must decide if they wish to allow over 50,000 airline workers and hundreds of small communities to become collateral damage to a pandemic that, while seeming to last forever, will surely not. Policymakers must continue to pursue a broader deal. As they do, they must take action to keep aviation workers on the job, so they can bring Congress back to Washington to finish their work for the rest of the country.

Thank you for reading, and please stay healthy and well.