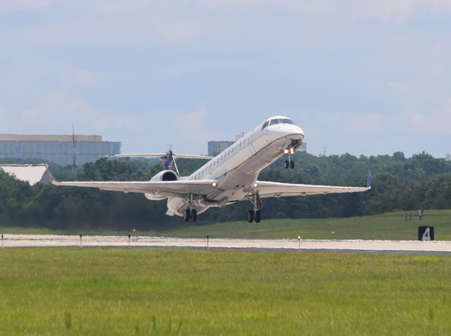 Connectivity. It is the watchword of the global economy and, indeed, modern life. The internet, smart phones, tablets, social media—technology has made the world a dramatically smaller and more connected place over the last two decades.

But the underpinning of this connectivity ultimately rests on a reliable, safe air transport network. A businessperson cannot visit a manufacturing plant in another part of the country via Twitter. A patient in need of life-saving medical care cannot have surgery over Facetime. Talking to friends and family by text message is nice, but to attend a wedding or a funeral or be there for the birth of a grandchild requires transportation.

Regional airlines provide the vital link connecting millions of people living in communities across North America to the modern world. Without a link to the national and global air transport networks, smaller communities are largely cut off from the benefits of the modern economy and the quality-of-life choices that people living in large metropolitan areas often take for granted. Businesses cannot base employees—or often even make visits to customers—in communities that do not have reliable air service. People seeking premium medical care available in larger markets are out of luck if traveling to those markets requires hours or days of driving or three or four or five cumbersome connections on unaffiliated air carriers. Living in a remote community snowed in for much of the winter may mean visiting friends and relatives is unaffordable or not possible for much of the year without reliable air service.

Take the example of Presque Isle, Maine, a small community with fewer than 20,000 residents near the Canadian border. For 40 years after airline deregulation in 1978, it had no service affiliated with a major air carrier, no nonstop service to a major hub and no jet service. Air service for residents living in Presque Isle and throughout northern Maine meant flying to Boston Logan International Airport on a small aircraft unaffiliated with any major airline, busing from the runway after landing to the airport’s departures area, collecting your luggage, going through a TSA security checkpoint and hopefully connecting to a flight on a separate itinerary with an airline that didn’t recognize the first leg of your trip and therefore wouldn’t readily accommodate a missed connection.

The flight from Boston was then often just the first leg of another two-or-three connection itinerary. Or passengers drove 3 hours (or longer during severe winter weather) to Bangor or Portland, Maine, to then fly two or three connections to get to their final destination—usually an all-day affair even traveling just along the U.S. East Coast.

“United has more than 160 nonstop destinations out of Newark,” explains Charlie Namur, a retired regional airline pilot and the chair of the Airport Advisory Committee for Presque Isle International. “It’s a huge difference … Honolulu is now one-stop away, all on one itinerary. You get to Newark, you’re inside of TSA” and your baggage is transferred to the connecting flight.

The flight time to Newark is just over 2 hours, meaning the 6 AM departure arrives at the United hub well before 9 AM, enabling connections throughout the U.S. or the world. Or a passenger going to New York for a medical appointment, for example, can easily be in Manhattan by late morning and conceivably return to Presque Isle the same day.

Namur notes that trips to see his grandchildren in Maryland and Wisconsin, which previously took the better part of day, are now routinely completed in just a few hours. And it has made a big difference for business travel. “If you make it difficult for someone to get to your city, they’ll go somewhere else,” he says. “So, it’s been a big upturn [for local businesses]. We have had people from different companies coming to us and saying, ‘We weren’t coming here before just because of the air service and now we’re willing the make the trip.’ … Without that connectivity to the rest of the world, you’re never going to get any kind of industry to come up to you. [Being connected to a national airline network] really is life changing for these communities.”

In addition to providing a tremendous amount of feed to major airlines’ networks and revenue for large hubs, the value of the air service to small communities is significant. In 2018, 63 percent of U.S. airports with commercial service were only served by regional carriers. The percentage of all scheduled flights operated by regional airlines in the U.S. remained at 41 percent.

Beyond the numbers are millions of people living in small communities throughout North America who rely on the air service.